The description of the dragon in Basile's "The merchant": a Rooster's body, the tail of a Snake, the armpits of a bat (ummm, I think he just meant wings by that. *Yeah, but it sounds cooler if I use the original word used!* Ok, sure, whatever), seven cat heads, dog snouts aaaaannd fire glare. Did I forget something? I feeel like I forgot something.

I don't think dragons are a fusion of our fears, exactly. I think they're more a fusion of the kind of animals humans identify with as "spirit animals" - at least, the Native version of this is the "spirit animal", alternately referred to as "daemon" (like in His Dark Materials), "fursona", all that - as in, animals that we feel reflect who we are. Pretty much every animal on those lists has some characteristics in common with a dragon. That's why you don't see spiders - not many people whose spirit animal, demon, or fursona was a spider. But there are some who might be snakes, lizards, big (and small) furry beasts, birds (though I think birds tend to be less a fursona and more a daemon since fursonas have this literal quality to them that daemons do not), and other things which are likely to be a component of a dragon (and to some extent fish fall into this category too - mermaids, anyone?). Whereas when it comes to these animal personalities, the only bug ones that humans claim as reflecting their inner selves tend to be butterflies, eusocial insects, and hornets - and of the three, two have characteristics that are ALSO associated with dragons (and the only one who more or less lacks these is the butterfly, which happens to have pretty scales that give it its color - oh, wait, dragons have scales too). So I see dragons less as a conflation of fears and more a conflation of aspects of ourselves and the ways, both good and bad, in which our own traits and the natural world affect us.

And I’m dark souls GUESS WHAT THE DRAGONS WERE KILLED BY YUP THATS RIGHT, lighting

"Dragons are dragons because humans can't beat them... so what's a man... who beats dragons?" -Kentaro Miura

tip to any dms out there: use your dragons to drive the story forward! They are powerful and motivated beings that don’t just sit around!

I'm only just starting to realize the sheer volume of stuff that Polini "borrowed" wholesale for Eragon.

These aren't even dragons... Tell that to my 3 inappropriately levelled Dragonites.

Dragon that pretends to be misunderstood just so it can get through the guards. That would be a cool double subversion. Also, Mineshafts and Manticores sounds awesome. I might put in a Manticore as a mid-level boss which would be thematically on point with a recurring rival Trey the Mongrelfolk. Trey is a 4-armed mongrelfolk that gets shafted by the quest giver early on and never really moves on from it as it represents the I've had it point for him.

Oh my god...I want that dragon with its origin cultures in the wings as a shirt!

I had a classmate who thought that me and my friends love of dragons was silly. HE HAD HIS BLUE ICE WHITE DRAGON CARD ON THE TABLE.

Hey Red! When are you gonna talk about Anime Mecha Mobile Suits?

is jaba a dragon

14:09 I'm going to have to disagree with you here Red. The *defining trait* of a unicorn is the "one horn" part; 'uni' for one and 'corn' for horn. Adding wings does not make it not a unicorn, it is just a winged unicorn. I dislike how MLP F:IM used the word "alicorn" for their winged unicorns, as more traditionally 'alicorn' was what the unicorn's horn was made from, it not just being normal bone. I use the bastardized term of "pencortus", a horrible portmanteau of the Latin words "pennatus" meaning "winged" and "cornutus" meaning "horned". Though I truly hope that never catches on because it's such a terrible thing to do to the Latin language. The "Dragon bested by sea god" thing is rather interesting and not something I've heard about before. 14:57 Man, that's one smug dragon. 16:47 Spider-dragon, spider-dragon, because you didn't really ever need to sleep again, spider-dragon. Thanks for the video Red.

An OVP DnD one shot or campaign would be pretty interesting.

Maybe Slime would be a neat next trope talk?

Always interested to know how certain cultures around the world are so similar in certain aspects.

Ha i’ve seen a couple virgin dragon supporters with their intelligent gold hoarders...but come on we all know the chads be the wyvern’s... their giant they’re animals..and simply....they don’t need much

Huh, now I get why Abzu is named that.

Dragons breathe fire because because snakes eat so infrequently, their prey is slowly digested whole over a long period of time. So a big snake occasionally will contain a rotting deer that may have just burst from hydrogen gas released by decomposition. Then maybe someone bumps into a snake that's just fed, kills it and brings it back to the campfire. Maybe kicks it by accident and all the hydrogen gas comes out, and maybe it's near a fire and maybe there's some explosion that looks like fire breathing 👀

Uncle Iroh... the most relecabt character to come out of the Avatar series

So does this mean I can consider Zetton, the space dinosaur, as a dragon?  he's was the most powerful kaiju in the original Ultraman, and if I remember correctly the word Kyōryū does also allude to dragon (though I don't know much about japanese so correct me if I'm wrong)

Rewatching, hit the "language" part of the video, and (mostly) remembered a quote of yours: "The real villain was the English language all along."

The dragon guarding the golden fleece was Colchis.

*This is my new head canon of what a dragon is*

I started this video quoting Shadiversity saying, "What about dragons?" and I was even half expecting him to pop up for a second.

Western dragon = metaphor for Volcano. Hoards gold (gold is found in volcanicaly active ground) or wealth (fertile ground), breathes fire and noxious smoke (lava and ash clouds), has poisnous blood (magma), can destory towns at will from the sky (see Pompeii), requires sacrificial maidens (see nature diety and calamity appeasement pagan rituals), is stopped by Storm Gods (see raining ash clouds and lava being blown away / washed away by storms), and not to mention an association with Mountains...

hehe, I got this recommended while watching dragon hunters. Nice on a side note, now I'm realizing how crazy loose that show/movie is with the term "dragon". There's a massive traditional dragon made of bones that ends the world, coexisting with a small fluffy dog-like dragon and its not even played up for humor, it's just the world

On the morphology of dragons, I think the best subversion I ever seen was in the Japanese novel, "My Pet is a Holy Maiden" in which a man dies and is summoned by his old bird who died before him to another world where said bird is now a human who is a powerful holy maiden. Plot aside, the "Dragon" in it is quite literally a giant Dragonfly. It's deadly and the master of airborne combat, because, Jesus christ have you seen the way Dragonflies fly? Imagine them the size of the house and there you go, a new monster to fear. Literally the best subversion I've seen

As a Draconic witch I find this video honestly like- very interesting, the bit about fafnir is a tad incorrect as it wasn't exactly directly fafnirs fault for becoming a dragon but the fault of Loki for stealing cursed gold from another dwarf whom was a pike shifter. Said gold made Fafnir become extremely greedy, causing him to murder his father, before turning into a dragon and later on being killed by one of his brothers non-biological sons. Its a whole thing, never the less a great video.

In regards to dnd, many but not all dragons can assume human form. In regards to dragons hoarding gold... that is just a completely ordinary human trait. It is just that most humans are not a giant fire breathing monster so their ability to hoard gold is rather limited

When it comes to the taxonomy I've never seen it being like dragons and wyverns are completely different species or even subspecies, it's more along the lines of different breeds of dog.

Austaryx the Last of the Sane

Slight note: Chromatic dragons, unlike metallic dragons, do not have the ability to polymorph themselves into a humanoid form (whether they don’t bother to, or they just can’t.)

Fun idea: D&D-type setting where every intelligent variety of dragon insists they're the "true dragons" and all the others are just posers.

*Loot & Lizardfolk* was my favorite fantasy tabletop due to having the least false advertising about what an average adventure would contain.

"it's seriously everywhere, I don't know why" Ancient aliens intensifies

Does anyone know that manga that she used?

You may have made an 18 minute video about dragons but did you kill Paarthurnax or nah?

3:23 - 3:37 and 5:10 damn. I know I missed some examples but wow, I guess when the dragons come through the rift again we ought to have learned: *"THEY'RE WEAK TO LIGHTENING, DINGUS"* from our ancestors xD

in medieval Europe. Serpents were a popular representation of primordial forces usually relating to the land or sea and it got as widespread as it did because it probably date

An aspect I feel is very important to mention when it comes to the European view of dragons is that Satan himself is referred to as 'The Dragon' in the book of revelation, which basically cemented dragons as the ultimate foe for a good chivalrous christian knight to beat in medieval chivalrous tales. The classic fight between a knight and a dragon (like that of Saint George, who was the most famous European dragon slayer until recently) is likely meant to symbolise the battle between the archangel Saint Michael and Satan.

Kneel before the Lord Dragon, or you will be knelt.

Ironically I am MUCH more failure with the Dragon Riders of Pern series than Eragon. I started reading the Pern books back in middle school and never even heard of Eragon until that disaster of a movie was released.

Dragons are my fetish.

Journey to the west plz

Is Dracula--by being the Son of the Dragon--a dragon himself?

Dragons kick ass for the next shirt

Was that Lucas the spider at the end?

You bring shame over all Dragonologists.

HES COOL AND HOT LIKE A FROZEN SUN ☀️ 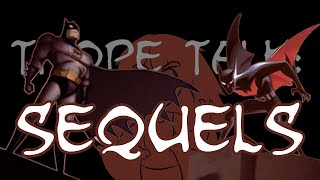 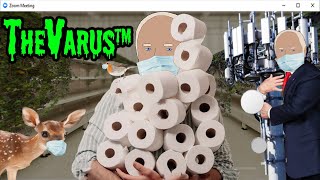 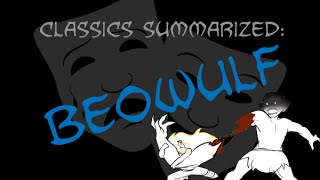 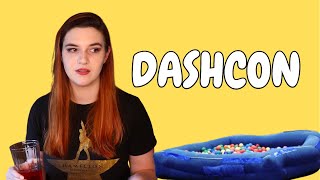 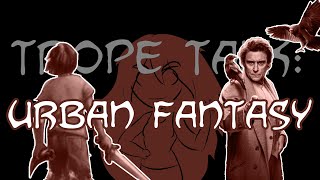